Serotonin is a critical brain chemical that is also found in blood platelets and the bowels. It is referred to as the ‘happy chemical’ because it increases happiness and good mood.

In addition to being a mood enhancer, it is also responsible for other functions in the body. For example, it transmits messages between nerve cells, constricts smooth muscles, and regulates sleep-wake cycles as the main ingredient of melatonin.

Overall, it plays a role in memory, appetite, emotions, as well physical and cognitive functions. In addition. low levels of serotonin have been linked to depression. 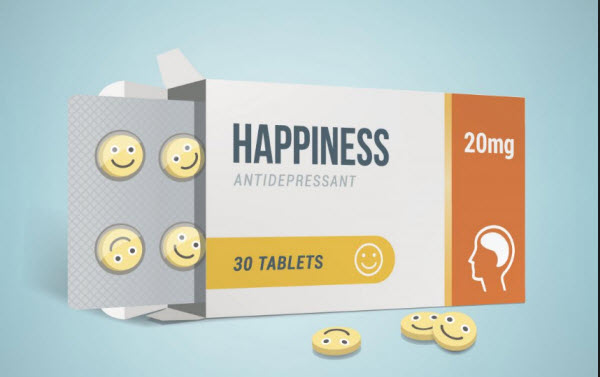 Serotonin: Responsible For Many Functions

As a neurotransmitter, it relays and regulates signals between nerve cells.

It plays a key role in the central nervous system and especially the gastrointestinal tract. Studies have found links between serotonin and bone metabolism, liver regeneration, and cell division.

Serotonin influences most brain cells both directly and indirectly. These include:

Bowel function: Most of the body’s serotonin is found in the gastrointestinal tract, where it regulates bowel function and movements. It also regulates your appetite while eating.

Mood: In the brain, it controls levels of mood, anxiety, and happiness.

Clotting: It triggers the formation of blood clots. It is released by platelets when there is a wound. The resulting narrowing of the blood vessels reduces blood flow and helps blood clots to form.

Nausea: If you eat something that is toxic or irritating, the gut produces more serotonin to increase transit time and expel the irritant as diarrhea. It also causes you to feel nauseous.

Depression has been linked to low levels of this neurotransmitter. The FDA has approved several anti-depressants to treat depression. Some examples are:

Low levels have been linked to poor memory and low mood. Symptoms can include the following: